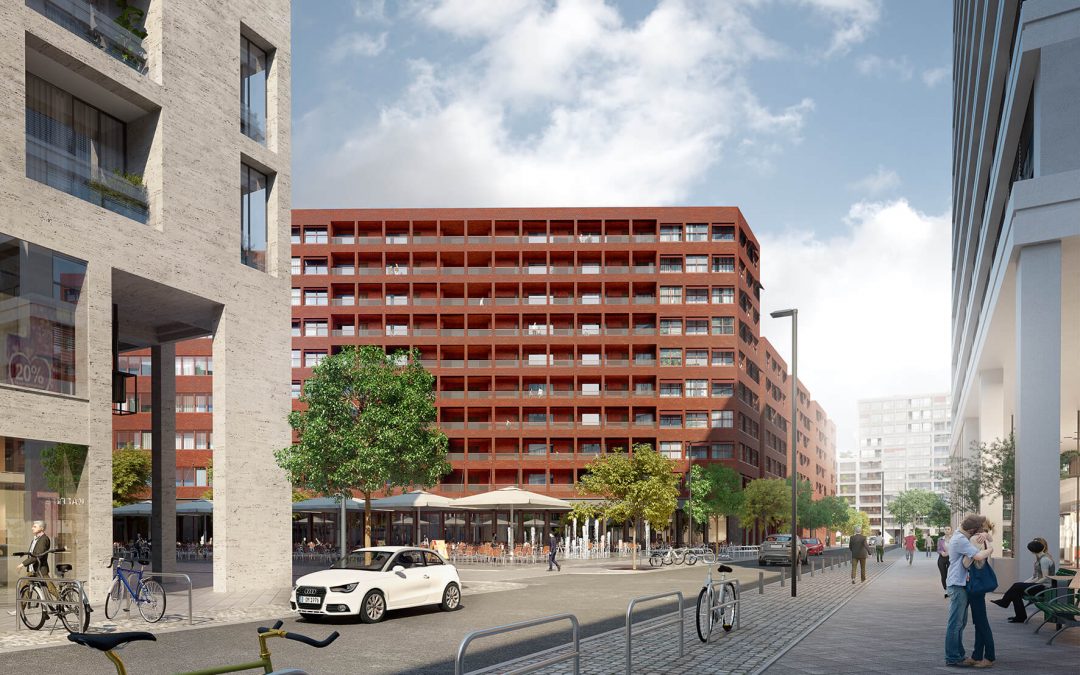 Berlin, 31 March 2020. 50Hertz Transmission GmbH signed a contract to lease office spaces in the QH Core building in Quartier Heidestrasse. After relocation of its headquarters in 2016, the enterprise will move into the second building in the growing Europacity adjacent to the Berlin Central Station. Some 8,100 square meters of office space will be taken by the transmission network operator, currently employing more than 1,000 people, the greater part of which in Berlin.

The lease to 50Hertz means another important milestone for the Quartier Heidestrasse, as managing director Thomas Bergander explains: “We are very pleased to have acquired such an important business tenant for the Quartier Heidestrasse like 50Hertz, a clear expression of the company’s confidence in the Europacity location. Moreover with the conclusion of this lease all office space in QH Core is fully let.”.

Digital location in the heart of Berlin

The building, as residential and office location with retail and gastronomy, forms the future heart of the Quartier Heidestrasse as well as the northern Europacity at the Berlin Central Station. Designed by ROBERTNEUN Architects, the new building is characterised by its striking red brick façade. Other tenants already confirmed for QH Core are the law firm, Luther Rechtsanwaltsgesellschaft, the Verband der Privaten Krankenversicherung e. V. and the REWE Group.

The Quartier Heidestrasse creates a richly facetted urbane city district on a space of some 8.5 hectares. All the forms of modern work, living and residential culture are combined here: several building segments constitute some 199,600 square meters GFA for office and commercial space, including a hotel, child day-care centre as well as 944 rental apartments. Along with QH Core two other complexes comprising a total of six buildings are under construction– QH Spring and QH Track.

Taurecon Real Estate Consulting is responsible for the project development of Quartier Heidestrasse in the Europacity and coordinates the entire planning process from conception to completion and marketing.