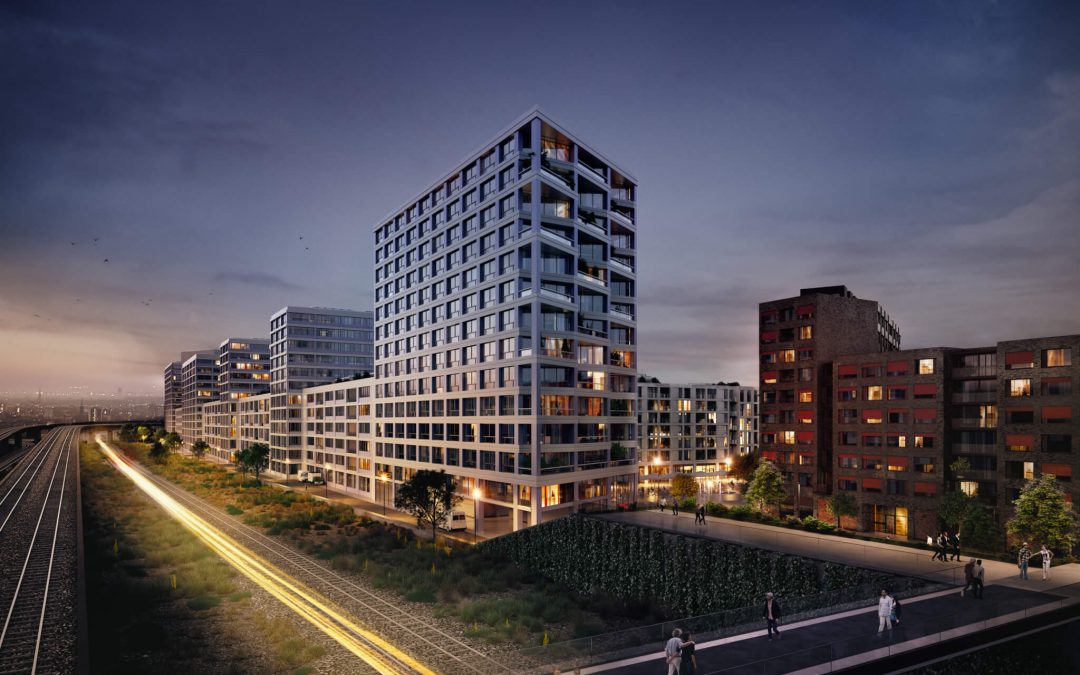 Berlin, 28 May 2019. The development in the Quartier Heidestrasse is speeding ahead: the construction permit has been issued for the planned office building ensemble, QH Track. QH Track comprises some 104,000 sqm of office space. Construction began as planned once the permit was issued. 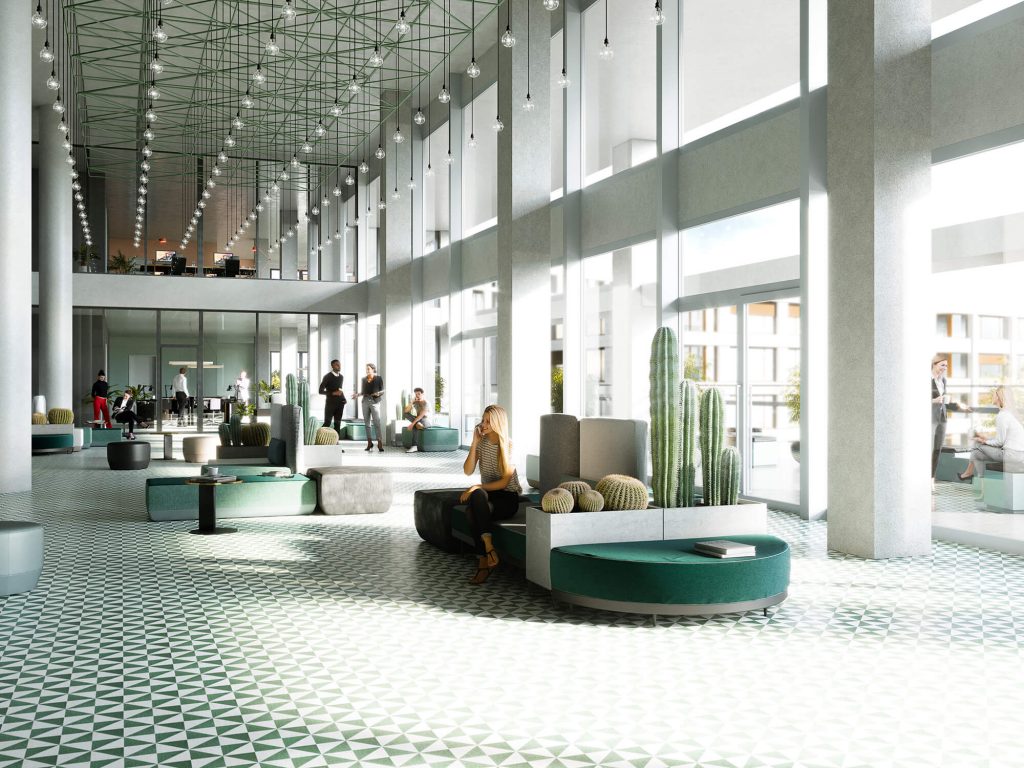 QH Track is one of the largest construction projects for a combined office ensemble in the Berlin capital city. Planed are nine different buildings, which due to their varying architectural designs offer possibilities for individual and prestigious office addresses in the heart of Berlin. In future enterprises of all sizes will find space in the office buildings—from co-working associations and start-ups to large corporate groups. QH Track offers spaces for altogether some 8,500 jobs.

The design for QH Track originated in the Swiss architecture firm EM2N. The plans call for five office towers of varying heights between 11 and 14 storeys. They are connected by four six-storey office buildings, producing a long and diversified strip of offices. The architecture is distinguished by its clear appearance, with generous glass surfaces for optimal illumination of all office spaces.

The Quartier Heidestrasse is a trailblazing quarter intended to shape life and work for people to make it easier and more pleasant. Thus all the buildings in the entire quarter are furnished with intelligent technologies and interconnected in networks—that is unique in Germany. Whereby each building has its own independent digital nervous system to control, for example heating, light, lifts, air conditioning, assignment of parking spaces in the underground garage as well as conference room reservation.

Among the special features of QH Track is also the Skybar with a city panorama from one of the towers. There will be 460 car parking spaces in an underground garage. Every fourth one will be equipped with an electrical recharging station.

Quartier Heidestrasse lies north of Berlin’s central station and is among one of the city’s largest development areas. Here, on an area of some 8.5 hectares, a mixture of modern residential and office buildings, gastronomy and retail spaces is being created along with public squares and parks. Several construction stages are planned for a total of 159,500 sqm of office and commercial spaces as well as some 920 residential units.

The cornerstone of QH Core, the centre for supply of everyday needs, was already laid in September 2018. The third storey construction is under way. In January 2019, the district issued the construction permit for the project component QH Spring, with 258 rental apartments, 215 of which are subsidised, a child day-care centre and a hotel. The nine buildings comprising QH Track will be erected in stages starting this year. Completion of the buildings is scheduled starting 2021 with overall completion of the office ensemble planned for 2023.